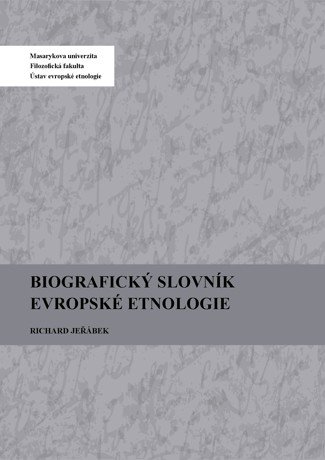 Title in English: The Biographical Dictionary of European Ethnology

Prof. Richard Jeřábek began to compile the Biographical Dictionary of European Ethnology as a result of his lifelong focus on European Ethnology. His aim was to create a basic handbook, especially for students as well as for Czech researchers, which would describe the bases which the field stands on and those who participated in its construction. This exacting work could not be finished by prof. Jeřábek himself, and therefore its finalisation is under the guidance of the assistants and Ph.D students of the Department of European Ethnology, and thanks to them can be presented to the readers after several years of efforts. The dictionary contains more than 260 entries with basic biographical data and the characterization of prominent researchers from 19th to 21st century who contributed to the formation of the European Ethnology as a field of study.