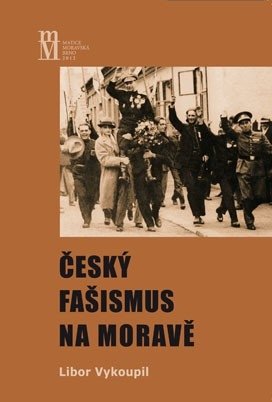 Title in English: The Czech Fascism in Moravia

The Czech political spectre was enriched by the extreme elements quite early. The Czech fascist appeared as early as 1922 and before the year ended, they presented their programme, even if only vague. The background was formed by obvious marked Czech nationalism aimed at the Germans and at the internationalism of the Socialists and mainly Communists. It was also aimed at "nationally half-hearted" Castle (meaning the President) and gradually also at Jews all over the world. The Moravian fascists grouped around a magazine called Hanácká republika, which was newly called Národní republika since spring 1923. RNDr. Vladimír Teyrovský, a founder of the Czech ethology, and MUDr. Jan Navrátil, the owner of a sanatorium in Brno, were active in Brno. In 1923-1924 became a solid coalition of Czech Fascists, National Movement and Red and White's into one movement of Czechoslovakian fascists, renamed in 1926 to the National Fascist Corporation (NOF). NOF based on the Fascism of Mussolini. The party was formed in 1926, and was distinguished by a strong current of opposition to Germany, which continued even after Hitler had come to power. The NOF instead looked to Italy as its model, and based itself wholly on Mussolini's National Fascist Party. It was a semi-military community, organized into units and groups with rigid principle of leadership. At the same time, professional organisations, fascist trade unions, agricultural syndicate, a young people's organisation called Omladina and Fascist students union appeared.