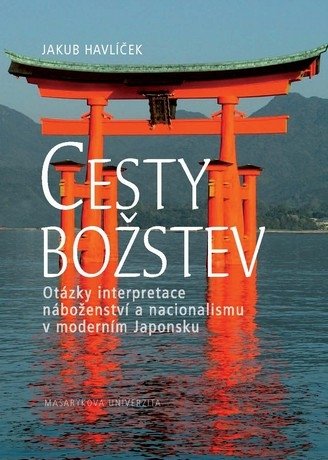 The monograph deals with the role of religious phenomena in the process of forming the national identity in modern Japan, with the problem to identify and interpret these phenomena. The introductory chapter is concerned with the issue of defining the theoretical and methodological frame of the monograph. Second chapter deals with the topic of interpreting and systematizing religious phenomena in Japan. It concentrates on the concepts of Shinto and Japanese religion in the works of H. Byron Earhart, Karel Werner, Thomas P. Kasulis, Joseph M. Kitagawa, and Isaiah Ben-Dasan. Third, final part deals with Yasukuni shrine in Tokio. In the concluding part, the author offers a possible interpretative frame to be used for interpreting the phenomena of Japanese religiosity. This theory is based on a geographical or spatial view of “here – there – anywhere” proposed by Jonathan Z. Smith.