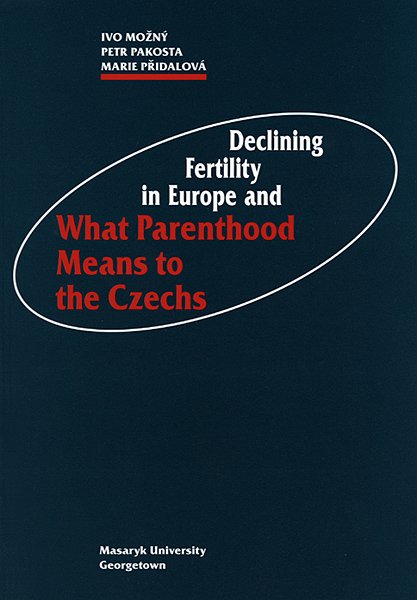 Declining Fertility in Europe and What Parenthood Means to the Czechs

This book presents the results of an extensive study of attitudes towards parenthood among young Czech men and women. The Czechs joined the European population decline a generation late. They first reacted to the changes that took place after the fall of Communism by postponing parenthood. Fifteen years later, this strategy has played out; now comes the moment of decision. The weight of the incentives and disincentives to parenthood depends on education, on whether they have a partner or not, and whether they already have children and how many. Attitudes differ between men and women; and the study finds a shift between the generation that was caught up in the changes, and the generation that came before it.