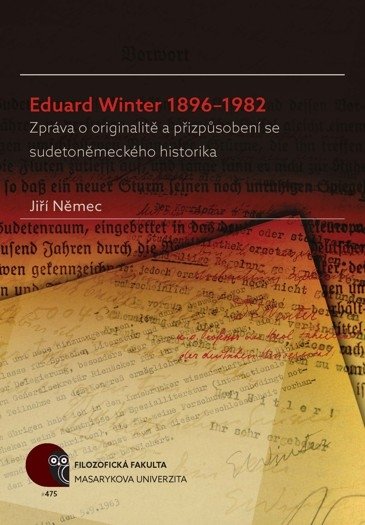 Title in English: Eduard Winter 1896–1982. A Report on the Originality and Adaptability of the Sudeten-German Historian

The study is a biographical portrait of Eduard Winter (1896–1982), an important ecclesiastical historian and Sudeten-German Catholic intellectual from Bohemia, whose life and work reflect some of the greatest political upheavals in 20th-century Central European history. This study focuses on Winter as a historian of intellectual history and the history of religious thought in the Czech lands, who tried to find a way to be a professional historian during three political regimes covering democracy, Catholicism, nationalism, and National Socialism and communism. The focus of the study is on his work in Prague before 1945. Particular attention is paid to the six-year-period of the Nazi occupation of the Czech lands as the author considers this to be a dark though crucial episode in Winter’s intellectual biography.