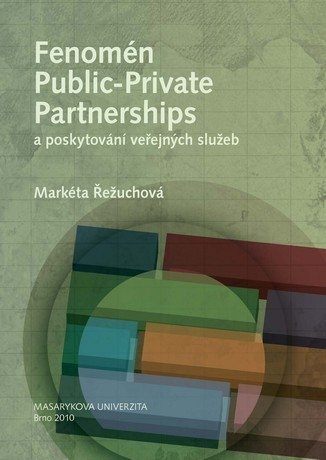 The book focuses on Public-private Partnerships and its role in public service delivery. It is intended for public authorities and also for the general public. The ambition of this book is to clear the PPP concept in context of public service delivery. The book consists of six chapters. The first one introduces the theoretical background of PPP and the second one describes the wide spectrum of public service providing methods. Advantages and disadvantages of PPP and their impact on effective public service providing is discussed in the third chapter of this book. The following chapter informs about the causes of unsuccessful PPP projects, which have been carried out in the foreign countries. The fifth chapter focuses on the criteria which must been respected through the decision making process about public service producer. The case study of implementation of PPP in the Czech public service system is described at conclusion.