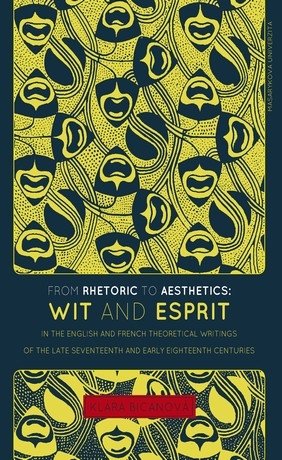 From Rhetoric to Aesthetics

This study is concerned with the term wit and its use in contemporary and early modern literary and aesthetic theories. More specifically, it deals with the literary and aesthetic implications of wit and its French equivalent esprit as they were theorized in critical writings of several authors of the early modern England and France – Dominique Bouhours, chevalier de Méré, Nicolas Boileau-Déspreaux, John Dryden, Alexander Pope and Joseph Addison. The objective of the study is to re-assess the English concept of wit, nowadays regarded as an out-dated device of past poetic systems, and to present it as vital and useful part of the contemporary discourse. The second goal is to provide comparative reading of early modern English and French theoretical texts dealing with wit and esprit, respectively. Presenting ideas on wit as employed in the theoretical writings in the light of its French equivalent, the study aims to demonstrate a gradual development of the terms from rhetoric to aesthetic.