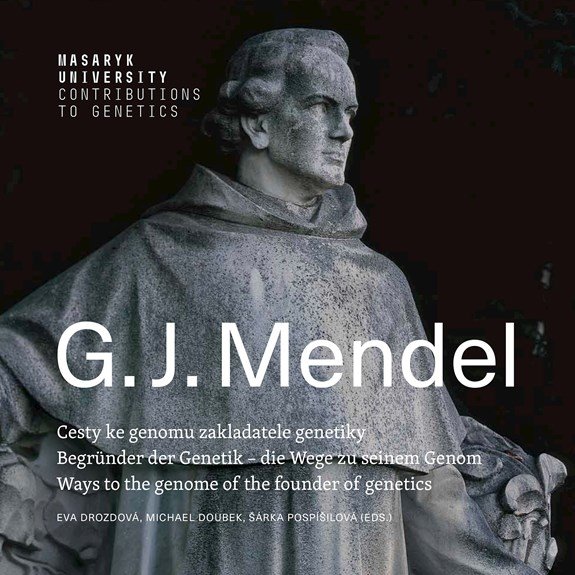 The book maps the ways to the analysis of the genome of Gregor Johann Mendel, a project which was carried out to mark the 200th anniversary of the birth of this important scientist. It describes the exhumation of his remains from the Augustinian tomb at the Central Cemetery in Brno and the scientific examination that followed, as well as the search for traces of Mendel’s DNA on his personal belongings kept in the Augustinian Abbey in Old Brno.
The individual chapters, that is, the ways of research, introduce the reader to the initial impulses leading to the archaeological research on the tomb and the subsequent analysis of Mendel’s genome. They describe the process of identifying the remains found in the grave with the person of Abbot Mendel, the anthropological research on his skeletal remains, as well as the process of isolation and analysis of the DNA of this historical figure. Rich photographic documentation chronicles the exciting work of the scientific team. Thanks to their efforts, the book reveals surprising findings and new, important details about the founder of genetics.
Texts by: Eva Drozdová, Dana Fialová, Filip Pardy, Michael Doubek, Blanka Křížová, Marek Peška, Antonín Zůbek, Kristýna Brzobohatá, Jan Emil Biernat, Šárka Pospíšilová. Foreword: Jiří Dušek.
Translated by Magdalena Havlová, Benjamin Jeremiah Vail and Karel Svačina

Layout by Jakub Konvica. Published with the support of the MU “Scientia est Potentia” fund, AstraZeneca Czech Republic and AbbVie in the series Masaryk University Contributions to Genetics, 200 pages.