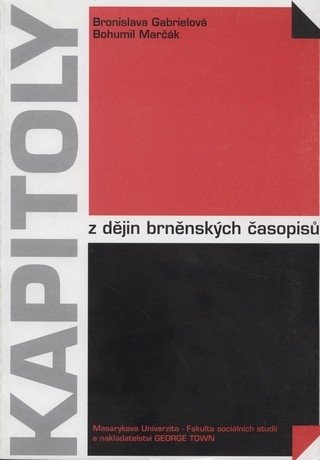 Title in English: Chapters from the history of magazines in Brno

The study deals with the history of the most important titles of magazine in Brno from the mid-19th century until the end of the 60s of the following century with overlaps to the development after the Velvet revolution. Particular attention is paid to the period of the First Republic and then magazine production related to the phenomenon of the 1960s. The history of magazines and daily newspapers is not only inspiring to journalism students; it represents one of the pillars of education as a whole. Magazines and newspapers create a nation's mind. The aim of the publication is to encourage reflection on the essence and fundamental values of journalism.