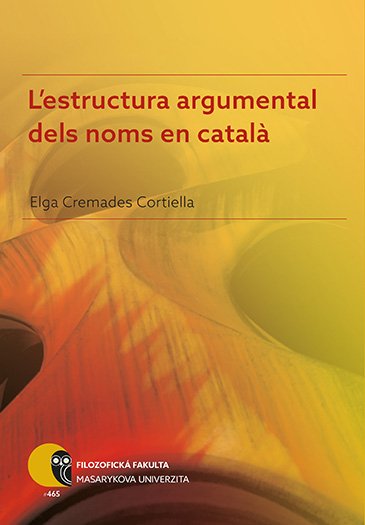 Title in English: Argument Structure of Nouns in Catalan

The monograph deals with the theoretical and descriptive analysis of the noun argument structure in Catalan. Its purpose is to determine and classify the properties of the noun argument structure in a systematic way, to offer an overview of its syntactic properties, and to explain models of regularities derived from the material analysed. The primary question “How do the noun arguments in Catalan work syntactically?” is followed by three secondary questions, namely: “Which nouns in Catalan are linked to arguments?”, “What are the nominal arguments in Catalan like? On what do they depend?”, and “What is the sorting of argument complements of nouns in cases where more than one is found within one syntagma?” The author uses data of more than 200 nouns obtained from the CTILC corpus.