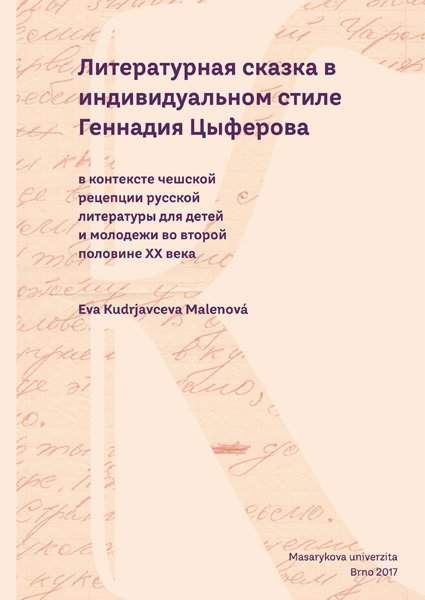 Title in English: Literary fairy tale in the individual style of G. Cyferov in the context of the Czech perception of Russian literature for children and youth (second half of 20th century)

The monograph fills the gap in the research of Russian children’s literature from the Czech and Russian perspective. As for the time period, it is focused on the 2nd half of 20th century with an overlap into the present. It combines a new approach to the history of the Czech perception of Russian children’s literature and the first complex overview of the fairy tale works by G. Cyferov ever, with the first publication of his complete biography. The part devoted to G. Cyferov is (together with the theoretic summary on the authorial fairy tale) written in the comparative Czech-Russian view. Within the framework of Czech-Russian relations in the field of children’s literature, the work introduces into the academic discussion facts in the form of a new database of Czech translations from Russian, published in the appendix.