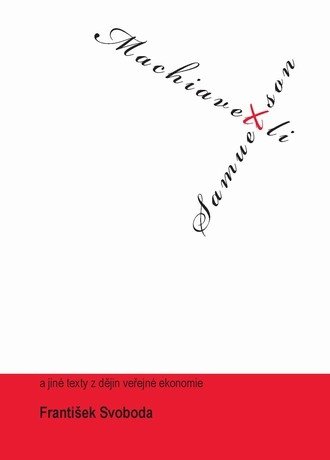 Title in English: Machiavelli contra Samuelson and other essays from history of public economics

From history we know the various ways of approximation of the societal objectives and objectives of economic activities, and various forms of convergence of social and economic institutions. This book focuses on the evolutionary and institutional dimension of public sector and emphasis on specific chapters of the history of the field, through which the reader can consult the public sector from different perspectives. In this book, some of these chapters are captured. First, two different ways of responding to the question who and why is a governor. Then we examine the roots of power and economic institutions from which according - to some theories - have emerged not only markets, but also the systems of taxation and social security. We can see how the growth of wealth may contribute to greater involvement of private interests, as in Genoa, or, conversely, emphasizing collective efforts to the common good, as was typical of the Jesuit reductions of Paraguay. The example of the institution of slavery, we will see what role morality plays in the economy and how important is the "art of economics", combining the positive and normative economics. Recall that the so-called public goods are provided privately and contrary private goods can be delivered in public, because the company can act in the role of State as an example of teaching the British East India Company, a State may act as a company, we know from the experience of centrally planned economies.