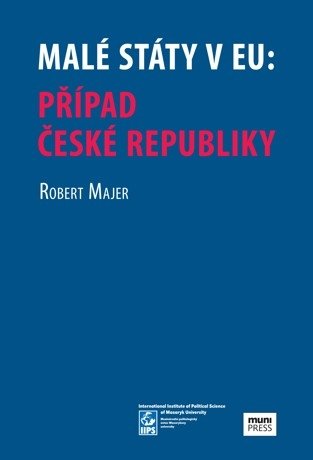 Title in English: Small States in the EU : The Case of Czech Republic

The ambition of this book is to analyze the workings of Czech Republic in the European Union from the small state perspective. Using the political and economic model of a small country in the European integration process, described by Baldur Thorhallsson, the book assesses the working of Czech administration in both Brussels and Prague. The research is based on elite interviews with employees of Czech government and Czech officers in EU institutions. Through their experience it evaluates the ability of the state to use its limited resources, manage priorities in European politics and use the informal routes for increasing its influence in major issues. In its conclusions, the book inclines to policy advising, with special focus to recently approved Civil Service Code.