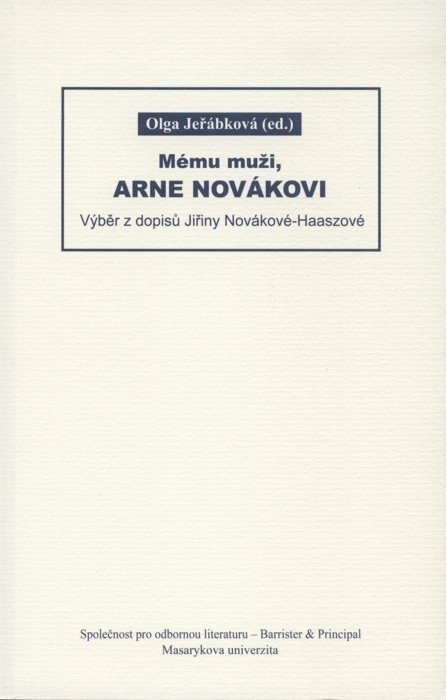 Title in English: To my husband, Arne Novák

The book of letters by Jiřina Nováková-Haazsová complements our image of the personality of Arne Novák of his human dimension. It allows the reader to sensitively look into his privacy and thus to better understand this great scientist and an important figure of Masaryk University and 20th century Czech culture. By publishing this book, we would like to pay tribute to the legacy of the Rector Arne Novák on the occasion of the 70th anniversary of his death. At the same time, we celebrate the 90th anniversary of Masaryk University, to the development of which Arne Novák has unprecedentedly contributed. (Prof. Petr Fiala, Rector Emeritus of Masaryk University)