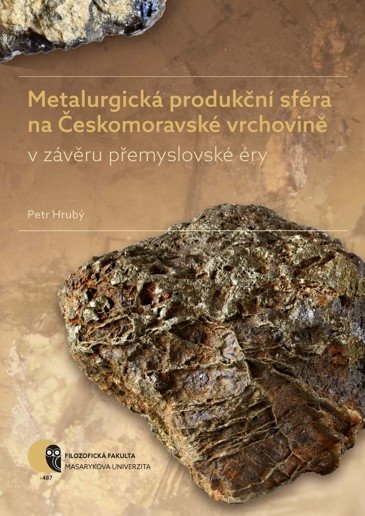 Title in English: Metallurgical Production Sphere in the Bohemian-Moravian Highlands at the End of the Přemyslid Era.

To this day, problems like technological practice, infrastructure of mines and smelteries or occupational spectrum and living conditions in mining settlements have been rather studied by a specific group of archaeologists. However, it is evident that silver production, which was a characteristic phenomenon of later Middle Ages in the Czech lands, remains only an abstract concept when we do not acquire as much as possible knowledge about the mine workings, preparatory plants, metallurgical facilities and mining settlements from the end of the Přemyslid era. The main objective therefore did not consist in description of political situation connected with the 13th century boom of silver mining in Bohemia, emergence of mining administration, mining rights or minting reform; all this was already done many times. The aim of the book is to clearly outline the situation with ore mining and metallurgy in medieval landscape. The research methods applied meet the standards of interdisciplinary approach, but the essence of the topic is rooted in history.