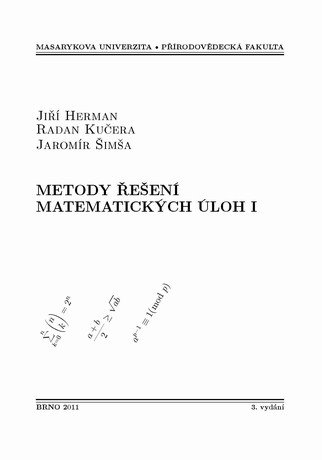 Title in English: Methods how to solve mathematics exercises I

The text is divided into three chapters, the first dealing with finite summaries, polynomials, solving equations and their systems. The second chapter is devoted to methods of evidence of algebraic inequations, the third chapter focuses on elementary number theory. The textbook consists in solved problems; the working character of the text is highlighted by a large number of exercises; by resolving them the reader can learn the described methods. It is the first volume of a two-part textbook, the second part of which deals with combinatorics.