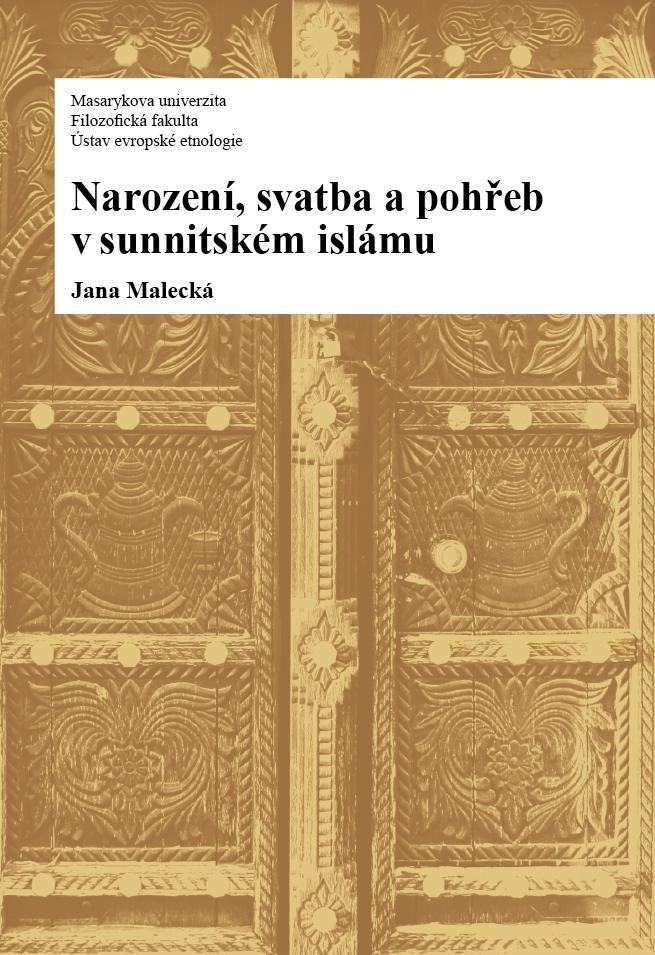 Title in English: Birth, wedding and funeral in islam

The publication deals with Sunni Muslim traditions connected with birth, wedding, and funeral. It focuses on Syria, Jordan, Israel, Palestine, and the Czech Republic. It describes traditions of Sunni Muslims living in mentioned Arab countries along with traditions of the Syrians, Jordanians, Palestinians living in the Czech Republic, and Czech converts as well. Selected traditions of these two different cultures (Arab Muslims and Czech Muslims) are compared so we can note the differences and similarities between their bearers who are living in various cultural and religious areas.