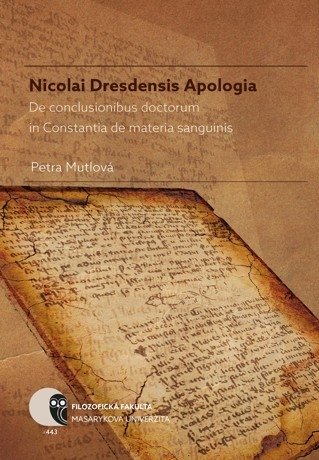 This book contains a critical edition of the Apologia, a Latin treatise written by a Hussite nonconformist Nicholas of Dresden in 1415, whereby the author reacted to the prohibition of the lay chalice, one of the most outstanding symbols of the Hussite movement. The edition comprises a critical apparatus, reassessment of the textual tradition of the text based on the surviving manuscript copies as well as an analysis of the structure of the text and its models. Thus the introductory study contextualizes the treatise within the contemporary literary production. The book is primarily aimed at researchers dealing with the Early Bohemian Reformation, nevertheless due to the wider context provided by the critical edition of a medieval manuscript material it will well serve the historians, philologists, lawyers and theologians as well.