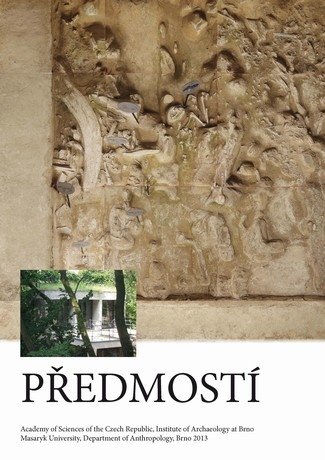 The volume reports on 2006 excavation project aimed at preserving a part of Předmostí I site for public display. The excavation unearths the complex of two Gravettian layers related to a cold and dry, but generally milder climate of the interpleniglacial (MIS 3). The majority of the paleontological and archaeological material belongs to the lower layer. The excavated area is dominated by the accumulation of large bones in the center while the lithic artifacts and mineral dye fragments are accumulated rather on the trench peripheries. The faunal composition is dominated by mammoth, followed by wolf, reindeer, fox, hare, and bear. A large portion of the discovered bones were burnt. As a part of the complex Gravettian (Pavlovian) lithic industry, the component recorded at Předmostí Ib – lower layer is important as a good case of association of the geometric microliths with the Kostenki knives. Spatially, the 2006 excavation belongs to the southern zone of Předmostí I which is interpreted as a depository and specific activity area.