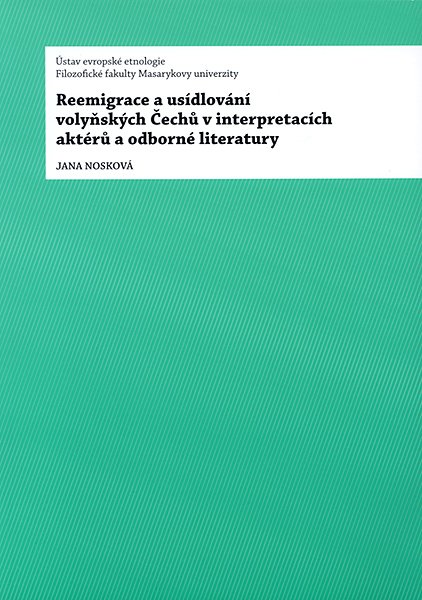 The thesis deals with remigration, settlement, adaptation and integration of the Czechs from Volhynia in Bohemia and Moravia after the WW II. In the thesis biographical method, oral history method and document analysis are used, it is based on works of Peter L. Berger and Thomas Luckmann, Jan Assmann and Maurice Halbwachs. The analysis and the interpretation are based on life stories of the Czechs from Volhynia, on their literature and on scientific (historical and ethnological) literature, that allow to view the "world" of examined group of people from different points of view. The questions the thesis asks are: How are these historical events remembered? How are they recorded in the scientific literature and in the life stories? Do their interpretations differ and influence each other? What role does the interpretation of these selected historical events for the Czechs from Volhynia play like, how does it form their collective memory and collective identity?