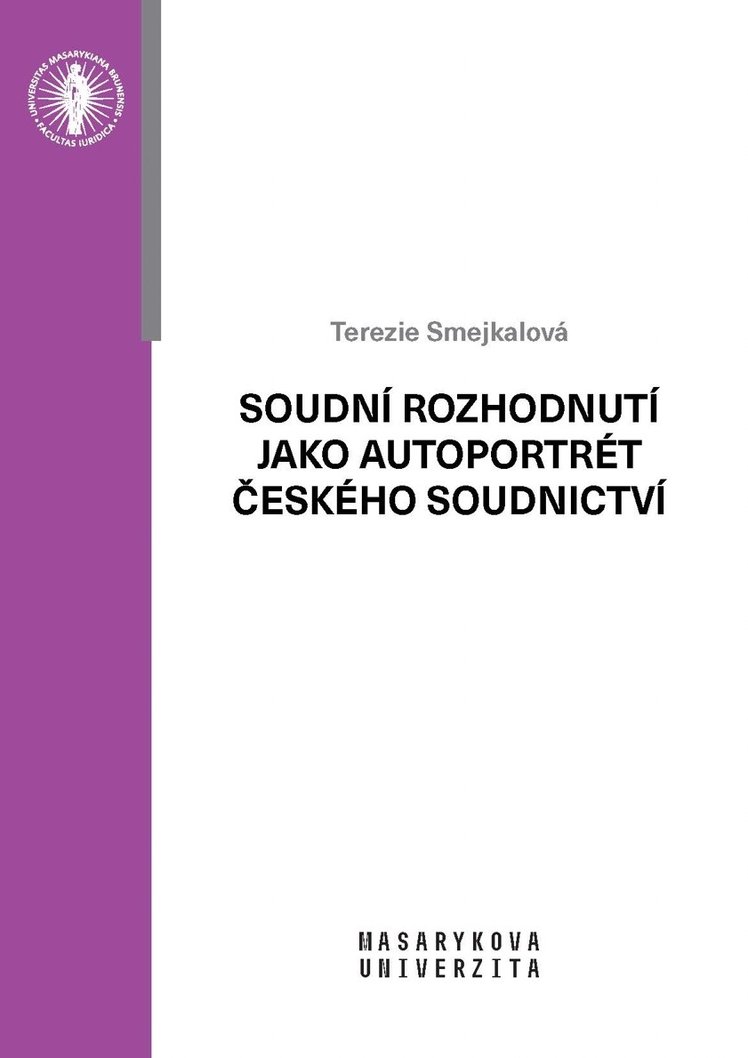 This book focuses on the image of the Czech judiciary viewed through the texts of its decisions. The texts of judicial decisions are understood as the self-portraits, which are being created by the judiciary itself. On the one hand, these self-portraits statically reflect the nature of the legal system and the role of the judiciary within this system; on the other hand, they represent a means of a dynamic change. This dynamic change is not only the change that follows from the judicial interpretation and application of law, but also such that is capable of changing the role of the judiciary and its decisions themselves. The text of this book shows the ways in which the texts of judicial decisions reflect the relationship between the judiciary and the state authority. It also shows, how strong an influence does the judiciary have on the normative value of its case-law, i.e. the prominent element in its role of dynamically creating its own role within the legal system.