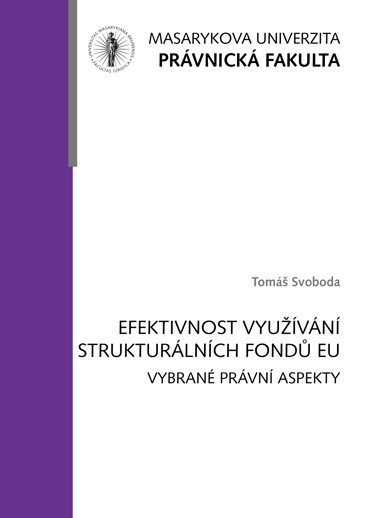 The book deals with the utilizing of the European union structural funds by the Czech local authorities as special public entities, from the perspective of public law. The issue of utilization of the structural funds is in the current Czech political discourse presented mainly uncritically, while the emphasis is put primarily on the proportion of successful spending. However, in the legal view (in particular in relation with so-called public property) also the effectiveness and economic efficiency of utilization of the funds provided can be regarded as significant aspects. The way the structural funds are used depends mostly on the European union member states themselves. The fundamental question that the book aims on is whether the existing legal framework for the use of the structural funds in the Czech Republic does not pose any risks on achieving the aspects of effectiveness and economic efficiency. And, if so, whether these risks can be compensated by other legal mechanisms, such as public supervision or application of certain public offenses.