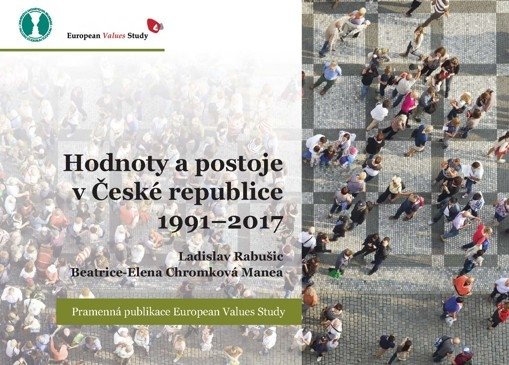 The present publication Values ​​and attitudes in the Czech Republic 1991-2017, with its content and form, outweighs the experience readers have with social science literature. The unique feature of this book is that it contains only numbers. However, these numbers are, in our opinion, very important. They indicate the development of Czech society from the early 1990s to the present in the sphere of attitudes, value orientation and preference. These numbers are also unique because they come from a series of repeated surveys that took place in the Czech Republic as part of a large-scale international comparative project - the European Values ​​Study (EVS). The study is based on regular data collection - time intervals of about nine years, when the same research is repeated on a representative sample of the Czech population, so it gathers data that creates time series. They allow researchers and scholars to study how certain value preferences and attitudes are developing in the Czech Republic, check various assumptions and hypotheses, and draw conclusions.