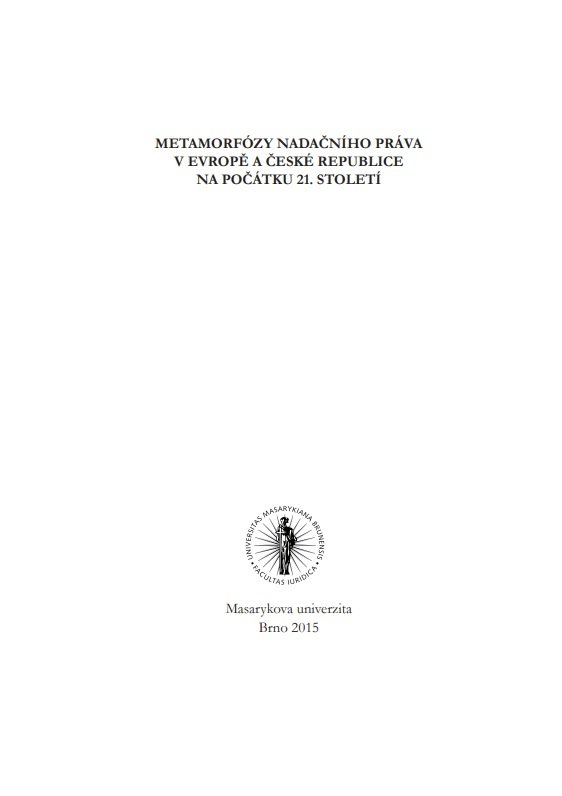 All European countries have regulations governing the legal form of the foundation or some other structure that is functionally similar. However, as a result of different cultural, social and political circumstances, foundation law has developed a broad range of forms in the individual countries. The presened book deals with the transformation of foundation law in Europe from the past until the present (see Part I.). It also outlines some of the common trends as well as directions of possible future develeopments (reflected in the ECJ case law or Fundatio Europea project, see part II.) and common “European” problems at this field (cross-border activites, intrusion of elements of corporate law into foundation law, “foundation” governance, business activiteies of foundations etc. The attention is paid to the actual developments of foundation law in selected Europan countries (Germany, Switzerlad, Austria, Lichtenstein, the Netherlands and Czech Republic). Last but not least, it captures the reflection of the developmental trends in the New Civil Code (the Act No. 89/2012 Sb.), which has brought significant changes into the area of foundation law – as regards both its content and its conceptual structure.