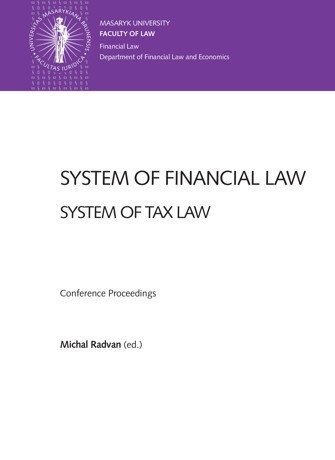 This second volume of the conference proceeding “System of Financial Law” focused on „System of Tax Law“ is dealing not only with the system of tax law itself, but it concerns a lot of issues connected with taxes, charges and fees, their administration, national and European regulation, etc. It must be mentioned that tax law science has a longstanding tradition in the USA and Western Europe and is sufficiently advanced that the question is hardly even posed whether tax law can be considered an independent branch of law. In contrast, Central and Eastern European legal science has only recently admitted the independent existence of financial law. Editor believes that a specific volume of the conference proceedings dealing with tax law has its significance and will have at least minor relevance to accept tax law as an independent branch of law in CEE countries.