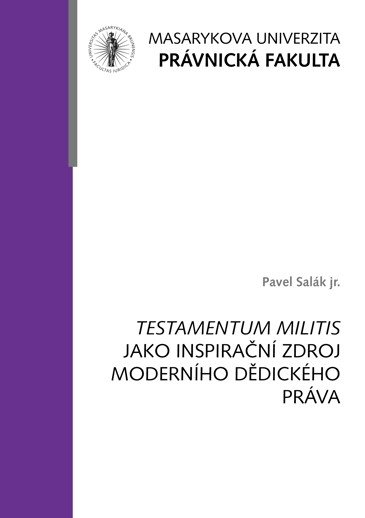 Title in English: Testamentum militis as the inspiration for modern law of succession

Its aim is to bring the reader institut Roman military testament. This institute is possible in terms of inheritance rights characterized as an exception to all the rules, which were tied to the Roman law of succession. However, the gradual development of the exceptions started on becoming the rule, which culminated in the law books of modern times. The publication can be divided into three main parts. The first aims to bring reasons for the emergence and historical development of military testament in Rome. The second focuses on the content of this privilege. This part is followed by the third, which in the example of several principles of inheritance law shows how the exceptions became the rule and what it entailed and carries consequences.