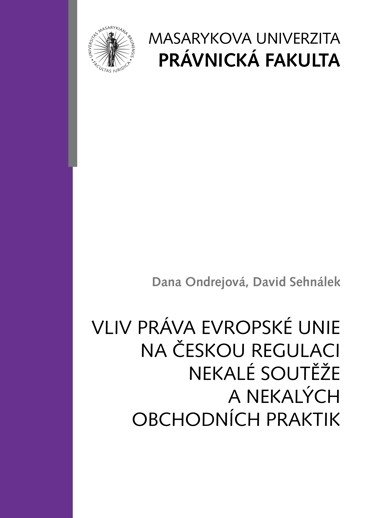 Title in English: The influence of European Union law on Czech regulation of unfair competition and unfair trade practices

The legislation regulating unfair competition has gone trough essential developments and changes which come as a reaction to internal developments , as well as the gradual harmonization of the Czech and European legal systems. There i salso considerable development at the EU level. The mentioned changes affect secondary legislation, as well as the interpretative activities of the Court of Justice. Given the current changes, it is desirable to consider and embrace new topics which emerge as a result of the growing importance of cross-border business transactions and the growing importance of internetbased trade. These modes of trade bring new problems into the area fair business competition and consumer protection. They also complicate the enforcement of national standards by national courts. The question of optimal level of regulation must be addressed because of the need to protect the weaker party, while at the same time not limiting the freedom of entrepreneurship more than necessary.