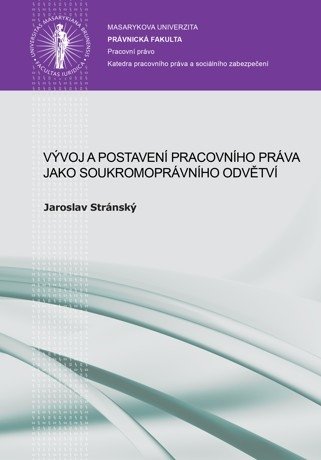 This thesis deals with the development and relation of labour law to private law. Czech private law has gone through significant changes in connection with the recodification of the Civil Code. The principle of private autonomy became the major principle of the new private law. One of the objectives of the first part of my thesis was to answer the question of whether labour law shall be considered private law discipline. The second part is dedicated to the development and context of relation between labour law and private law, especially within the last three decades. The third part follows on the opinion expressed in the first part, that labour law must be considered as a private law discipline. It deals with such labour law phenomena which imply deviations from the fundamental principles of private law.