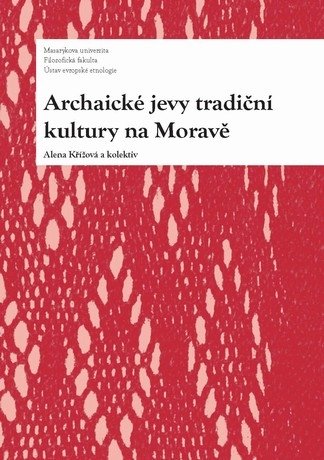 Title in English: Archaic Phenomena of Traditional Culture in Moravia

The publication focuses on archaic phenomena of folk culture in Moravia, the origins of which can be detected already in the Middle Ages. The ancient layout of a house was preserved in architecture, as well as the usage of primitive construction technologies; natural resources were used for the manufacture of objects of everyday use, functional items of clothing of a very simple cut were preserved until recently. As for customs and rituals and folk religiosity, we can trace pre-Christian elements which were gradually overlaid by newer religious ideas. Specific geographical conditions, historical development, and colonization by other ethnic groups, which determined commercial and cultural contact with neighbouring regions, minimized the influence of cities and the effect of international artistic styles, causing the conservation of some phenomena which form the subject of study of ethnology, in co-operation with other related sciences.