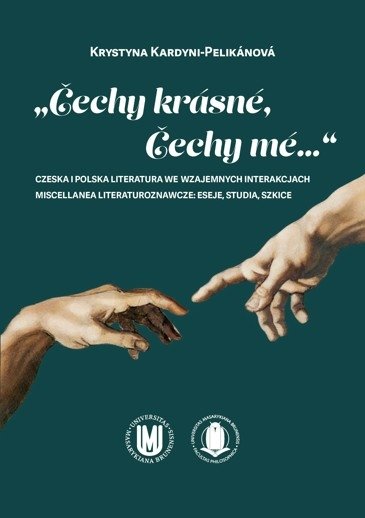 Title in English: Beautiful Bohemia, my Bohemia… The Interactions of Czech and Polish Literature

Krystyna Kardyni-Pelikánová, a significant polonist and comparatist, senior professor emeritus, co-worker of Masaryk University Polonistics Department in Brno and a long-term researcher of Czech Academy of Sciences, is in her work focused mainly on Polish-Czech literary relations. Her most recent book "Beautiful Bohemia, my Bohemia… The Interactions of Czech and Polish Literature" is a summary of studies, essays and drafts which are from various periods of time and mostly have already been published in Czech and Polish scholarly journals. All studies – based on the author’s knowledge of both Polish and Czech literary histories, cultural and social backgrounds, complemented by thorough analyses of literary works – are focused around two issues, which are continuously updated in current literary science: Czech, Polish, Middle-European and Euroatlantic cultural group identity and Czech-Polish literary interactions.