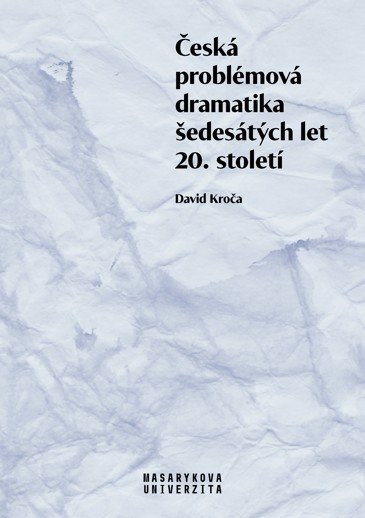 Title in English: Czech Problem Drama of the 1960s.

In his monograph Czech Problem Drama of the 1960s, David Kroča (b. 1973), a literary scholar and educator at Masaryk University, focuses on a period that can in many respects be viewed as a turning point in the poetics of the original Czech drama. From the varied production of drama in the 1960s, which was rich in genre, he chose to research a specific stream called problem drama in which an ordinary dramatic conflict is substituted with an escalated confrontation of different opinions related to a particular problem. The introductory theoretical and context chapters consider the developmental tendencies in Czech drama as well as some important foreign resources. The core of the work consists of analytical and interpretative chapters which deal with the analysis of those dramas where the authors tackle serious existential problems and question social and moral responsibility.