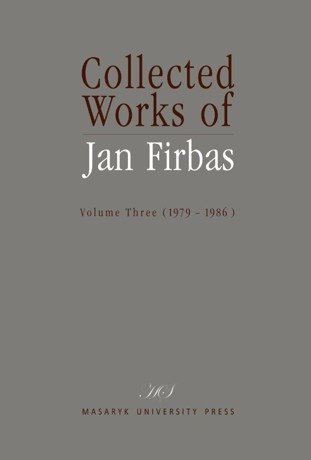 The third volume of the Collected Works of Jan Firbas contains the author’s articles published between 1979 and 1986. In this period, Jan Firbas continued to develop important concepts of the theory of Functional Sentence Perspective, focusing on the relation between the four factors of FSP. The articles elaborate especially the concept of dynamic semantics and clarify the role of intonation in spoken communication. The book is a sequel to Collected Works of Jan Firbas Volume One (1951–1967) and Volume Two (1968–1978). It will be followed by two more volumes, which will conclude the survey of the work of one of the most prominent Czech linguists of the 20th century.