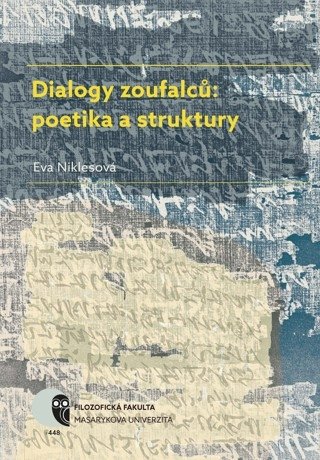 Title in English: Dialogues of desperate people: poetics and structures (Dialogical texts about the meaning of human existence in the oldest worldwide literature and the literature of the Central European area)

The publication is concerned with the productivity of one of the ancient Egyptian works, The Dispute of a man with his Ba, in the context of a worldwide literature in order to determine the group of works related in their form and to capture their essence on the construction, stylistic and poetological, semantic and genre planes. The presence of archetypal elements in the Dispute of a man with his Ba became a prerequisite for occurrence of other similarly focused texts even in totally different geographical and cultural conditions. The Dispute of a man with his Ba is perceived in the dissertation as an archetypal text model upon which the degree of the form affinity with similar dialogical texts created especially in the oldest worldwide literature and the literature of the Central European area is determined in line with the defined comparative criteria.