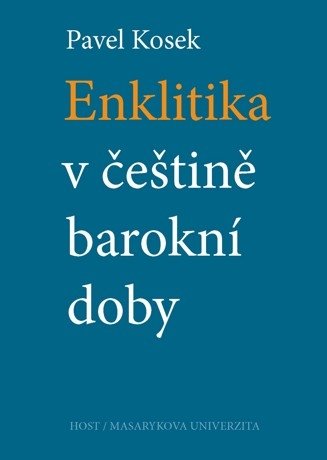 Title in English: Enclitics in the Czech language of the Baroque period

This book presents an analysis of the one of the most interesting phenomenon of the Czech word order in its early stages. Enclitics represent a language phenomenon that is situated in the edge of phonology and grammar. The book is divided in chapters that are focused on the items that are traditionally classified as ‘stable’ (or ‘permanent’) enclitics: the archaic particles ť (ti/tě), li, forms of the preterite auxiliary and the conditional auxiliary, short pronominal forms which have a long (stressed) variant and the adverb/conjunction však. The study analyzes printed documents representing a wide range of styles that were current in the Baroque era.