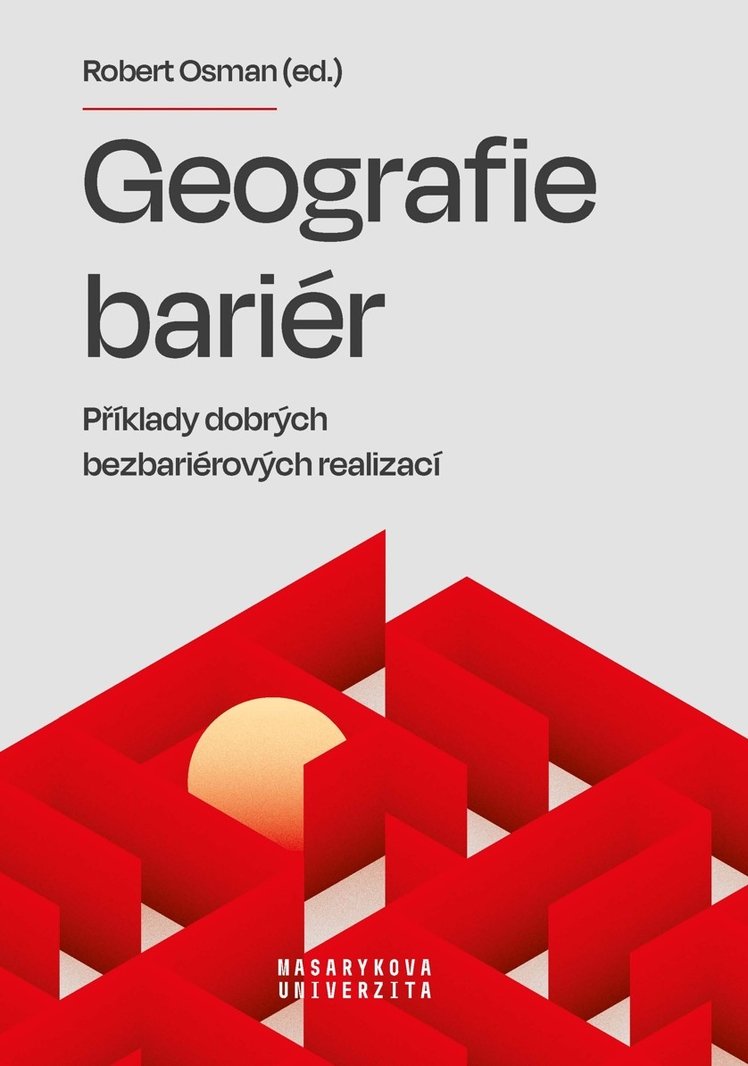 The book Geography of Barriers: Examples of Good Barrier-free Practice offers a collection of texts that are interested in making space, services, and information accessible. Thus, the collection is primarily about barriers, their nature, localization, and possible effects. Under barriers, most people imagine material barriers for wheelchair users in the form of steps or sidewalk curbs. Only a few would think that barriers can be represented by loosely placed rugs, unfit lighting, large glass surface, a doorbell without visual output, unwanted attention, frequent asking and offering help, lack of language knowledge, pity, etc. Thus, the book broadens awareness of what can be considered a barrier. The texts are divided into three parts – theoretical, methodic, and empirical – and their arrangement follows the logic of thematic focusing from the most general to the most concrete types of barriers. While the theoretical part places the policies of accessibility into the wider context of scientific disciplines and their development – such as disability studies, disability geography or service design, the methodic part discusses the introduction of accessibility policies in the city of Brno, describing how it tried to make its space, services, and information more accessible. Finally, the empirical part offers 18 examples of relatively good barrier-free implementations that have been recently realized in Brno. This division reflects an effort to target several groups of readers. The first part thus addresses mainly students interested in accessibility issues, the second, methodic part is intended for politicians and municipalities searching for inspiration to implement their own accessibility measures and policies. The last part stating concrete examples of good barrier-free implementations is aimed at general public, at people who like to think about a whole range of topics related to accessibility of space, services, and information.