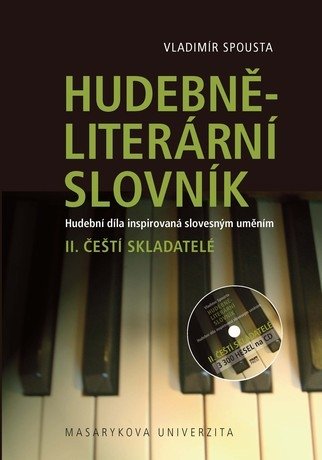 The second volume of the Musical-Literary Dictionary deals with the Czech composers’ works which relate to literary art in some way. These relations could have the form of inspiration, but they could also be found in the idea, subject, contents or the text of a literary work. The Dictionary includes works of 891 composers reflecting the literary creation of 2203 writers that inspired them. Its contribution to Czech musical lexicographic literature consists in a new approach to the Czech musical production, in the worldwide context as well. In this sense it is new and unique. The Dictionary is intended for specialists, as well as for the general audience interested in music. Music theoreticians and employees of musical archives will appreciate the extensive list of specialist literature.