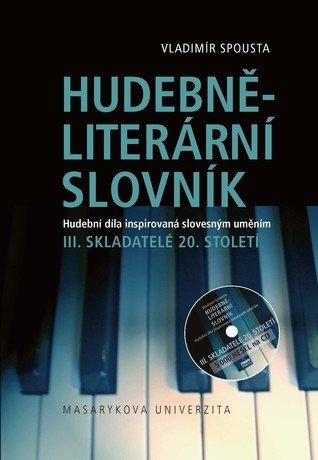 The third part of a Musical-Literary Dictionary builds on the first two parts of the Dictionary dealing with world and Czech composers which were published by the Masaryk University Press in 2011. The third part of the Dictionary concludes a monumental dictionary trilogy. This work deals with literary production of the 20th century composers and registers only their musicial compositions which are linked to literary (exceptionally also visual) art. The link could have a form of unspecified literary, visual or musical inspiration. In the most cases the connection is about a common idea, theme, content or text of a literary work.