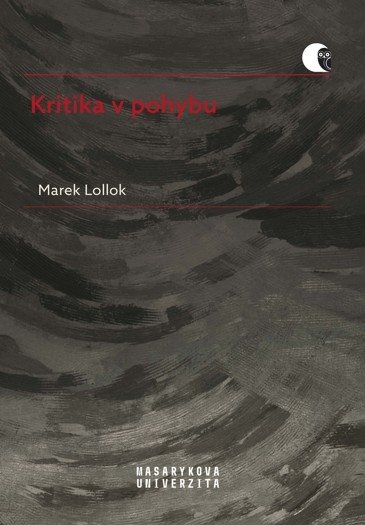 Title in English: Criticism in Motion. Literary Criticism and Metacriticism of the 1990s

The monograph “Criticism in Motion. Literary Criticism and Metacriticism of the 1990s” is based on the author's dissertation of the same name defended in 2018 at the Faculty of Arts of Masaryk University: it deals with the Czech literary criticism of the 1990s, primarily in the form in which it was present in literary and cultural journals of the period. In eight chapters (including methodological introductory and synthesizing conclusion) it represents the most significant tendencies of the then, extremely dynamic thinking about literature, including its contemporary reflection (meta-criticism). In particular, it focuses on the retrospective and anticipatory views of Czech literature, “postmodern”criticism, Catholic, Christian, and eventually spiritual criticism as well as so-called authenticity disputes; reflections of selected prose books are also analyzed. As a whole, the publication presents a comprehensive, plastic picture of the literary-critical and metacritical endeavors of the period; many of the topics identified in the relevant discussion are, as it turns out, highly topical up to now.