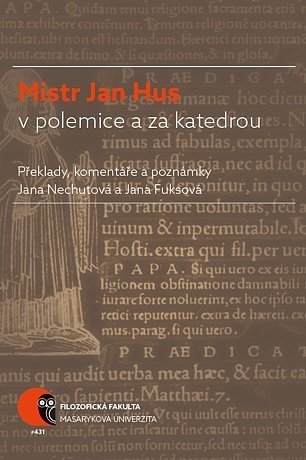 We introduce Jan Hus through his Latin texts primarily as a polemicist and as a university teacher in this book. From the polemical writings, we chose his address against the Englishman John Stokes and also three treatises against the sale of indulgences. University activities of Master Jan are represented by several graduation speeches; here we chose those not yet translated into Czech. They are interesting not only for depicting the personality of the Czech reformer in a different way than we usually view him but also for their fresh language and style. In addition to the two topics revealed in the title of book, two other texts were selected as well. These are the texts of theological kind which however had a very topical dimension back then: the preaching 'Go ye also into the vineyard' and the discourse 'On three doubts'. All texts included (with just one minor exception) are translated into Czech for the first time.