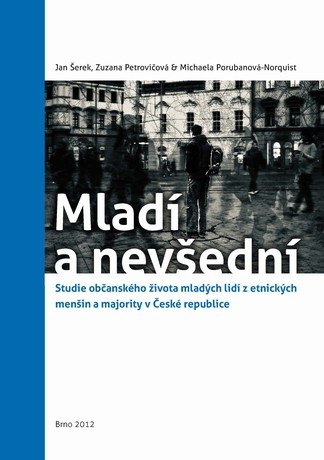 Title in English: The young and the uncommon: Studying civic lives of young people from ethnic minorities and majority in the Czech Republic

The goal of the book is to capture perceptions of the Czech society and subsequent civic participation among young people from two ethnic minorities (Roma and Ukrainian) and the social majority. We focus on young people’s overall evaluation of the society, confidence in institutions, perceived collective efficacy and perceived discrimination. Next we study the patterns of young people’s civic participation, and also how these patterns relate to person’s social position, perceptions of the society and social environment. In our analyses, we build on two types of data (questionnaire-based survey and focus groups), collected in 2010–2011.