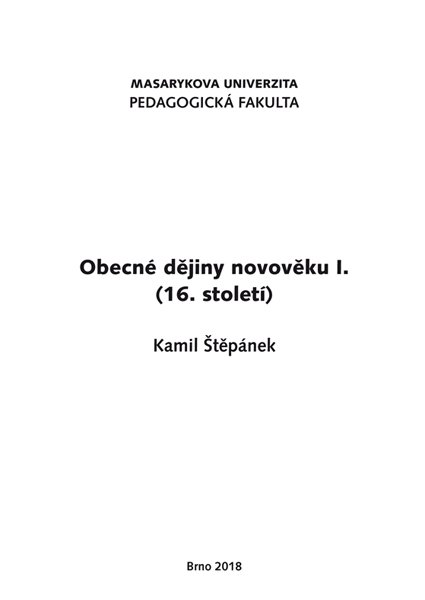 Selected chapters from the world’s history of the 16th century for students of history and other interested persons. They focus on phenomena that helped to break the medieval conception of the universe and lay the foundations of Modern Age world and man: overseas discoveries, the Renaissance, humanism and the Reformation. The key chapters are followed by capturing the key trends of European powers’development. Where necessary, the interpretation deviates beyond the advertised 16th century.