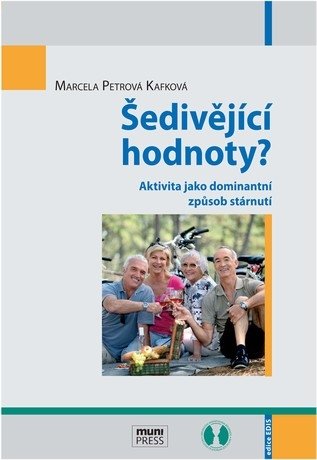 Title in English: Greying values? Being active as the predominant way of ageing

The book describes contemporary forms of ageing in the Czech society and analyses the impact of age on participation. Population ageing and changes in society related to individualisation and promoting neoliberal policies lead to pressure on individuals to age actively. The aim of the thesis is to explore what different forms this activity can take, to what extent older people are involved and how or whether their involvement differs from younger people. The paper examines how older people participate in various spheres of society, both at the level of attitudes and values and at the level of behaviour. I.e. are older people more or less active than younger people, and could this difference be explained by their ageing (age effect) or is it rather a generational / cohort difference and can we expect that younger cohorts retain a similar degree of participation as they have at the moment? The entire work is framed by the concept of active ageing, which is currently the predominant discourse of ageing. We followed the original definition of the World Health Organization recognising active ageing as a lifelong process and stressing the importance of participation in all spheres of society. We point out, however, considerable normativity of the concept.