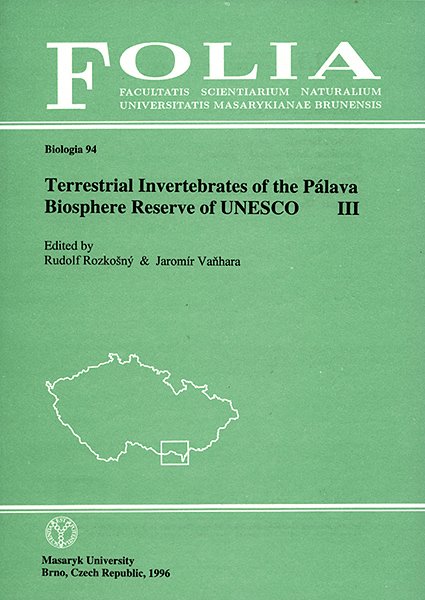 Terrestrial Invertebrates of the Pálava Biosphere Reserve of UNESCO III

Each of the group of terrestrial invertebrates inhabiting the territory of the Pálava Biosphere Reserve of UNESCO (in its proposed extended concept) is briefly characterized and documented by a complete list of species with references to published data and collection materials. This third volume comprises the rest of holometabolan groups of insects, i.e. the second part of Coleoptera, and Strepsitera, additions (Zygentoma) and the final part. Although the research of invertebrates in the Pálava B.R. is so far not complete, 10,485 species of selected groups have been ascertained (including an estimation of 1,800 species of Diptera that will be treated later in a separate volume). This number represents more that 40% of relevant invertebrate fauna occurring in the Czech Republic (20,101 spp.)