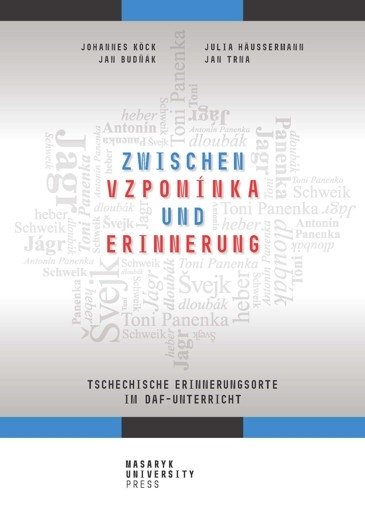 Title in English: Between vzpomínka and Erinnerung. Czech lieux de mémoire in German as a Foreign Language

The textbook features authentic materials for Czech learners of German as a foreign language at levels B2–C1 which provide diverse insights beyond the usual foreign language teaching and help learners to tread new paths of knowledge. On the basis of topical sites of memory and their widely ramified roots, a dialogical, bilingual culture of memory in German and Czech is targeted, which makes cooperation possible, encourages dialogue and addresses historical common grounds as well as controversial and conflicting memories. The volume provides a range of topics, from sites of memory related to sports, such as the 1976 Euro Football Championship, racing driver legends František Šťastný and Stefan Bellof, ice hockey professional Jaromír Jágr, to contemporary phenomena, such as the Prague Spring and the student movement, and literary artefacts, such as Jaroslav Hašek’s famous figure of the good soldier Švejk.