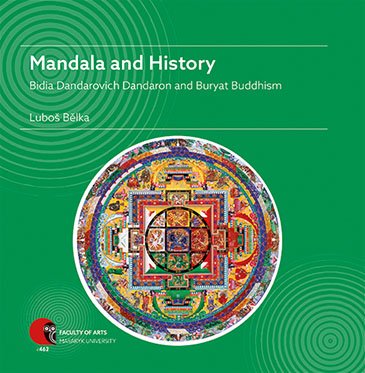 The book brings an original presentation of unique materials from the mid-1970s, which have not been published in an English-language monograph. The visual analysis works both with historical photographs from Buryatia and Tibet, and with the author's field observations and recordings of interviews with participants.

The origination of a new form of Buddhism within the traditional Buryat sangha dates back to the middle of the 20th century. After World War II, the so-called first restoration emerges, consisting in the effort to rescue religious life following a decade of reprisals. In the 1930s, all monasteries were closed down, a part of monks were executed, a part imprisoned and the rest had to disrobe. In the mid-1960s, during the period of the first criticism of Stalin’s cult, a small, nevertheless important Buddhist community originated in Ulan-Ude. An unofficial or clandestine micro-sangha formed around Bidia D. Dandaron (1914–1974), a Buryat Buddhist scholar, which existed until 1972, the year of Dandaron’s imprisonment. Subsequently he was sentenced to five years in the gulag. One of his first disciples was A. I. Zheleznov, a painter who painted Vajrabhairava mandala. His innovative way of depiction did not conform to the rooted tradition and the painting exceeded all the standards. The aim of the book is to show by means of the painting the formation of a new religious group, its perception of the outside world and incorporation of such a vision into the mandala.