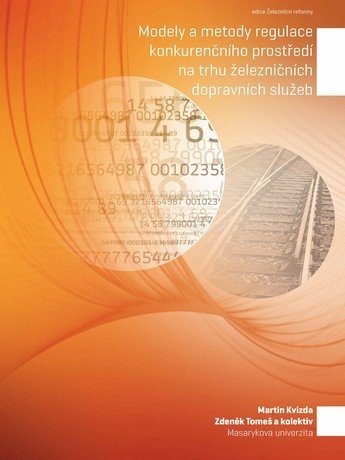 Title in English: Models and methods of regulating competition in the market of railway transport services

The book provides a comprehensive overview of the current state of theoretical knowledge and modelling in the area of inter- and intramodal competition function and regulation in the market of railway transport services. The first chapter focuses on the current state of theoretical knowledge in the area of introduction of competition in European, originally state-owned, monopolistic markets of railway transport, and on a practical implementation or railway reforms in EU membership countries. The second chapter of the book sums up quantitative methods which can be used in order to empirically examine the state and intensity of competition in the railway market and modelling of demand for railway transport. The final part of this chapter presents a comparative analysis of individual model approaches, which are based on data provided by European railway undertakings. The third chapter introduces microeconomic approaches to modelling of industry structure, price regulation and investments into infrastructure with application of static and dynamic effect of the regulation regimes. The fourth chapter describes methods used for specification of relevant market in rail transport services, which are based on SSNIP test, price tests, and critical loss analysis and consumer surveys. Due to specific spatial aspects of rail transport, the fifth chapter deals with geographical approaches to market modelling and with an application of the geographical method for defining the relevant market. The final, sixth chapter offers an overview of the way that methods described earlier were used in actual proceedings of competition authorities in sample countries (Great Britain and Germany), and of competition policies applied by European Committee. 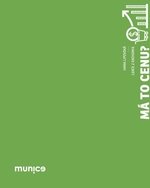