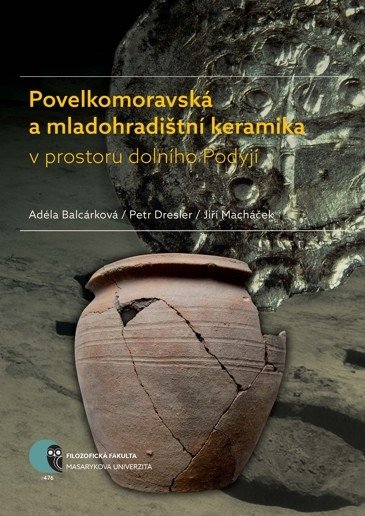 The book deals with the issue of the pottery production in South Moravia, with an emphasis on the area of lower Dyje (Thaya) River in the period from the fall of the Great Moravian Empire until the beginning of the High Middle Ages.  Using examples from the pottery collection from the site Kostice – Zadní hrúd, the publication aims to create a more detailed chronologically-typological scheme for the division of pottery in the period from the 10th century until the beginning of the 13th century.  Kostice – Zadní hrúd belongs to the most valuable and the best explored sites from the given period that we have access to in Moravia and that contribute to solutions of general questions.  The importance of this trade-craft agglomeration lies mainly in the unique set of finds, the most significant being a collection of coins.  With the help of various methodological procedures, mainly multivariate statistics, the publication clarifies especially the character of pottery production in the problematic period immediately after the fall of the Great Moravian Empire, which is often called, due to insufficient knowledge, the “dark” 10th century.  As a part of this publication, a complete catalogue of archaeological finds and terrain situations from the site Kostice – Zadní hrúd is included. The publication introduces the results of a research elaborated by Adéla Balcárková in the scope of the dissertation, which focuses on analysis and processing of pottery collections from the Early Middle Ages. It is also the outcome of a research project conducted by prof. Jiří Macháček and his team.