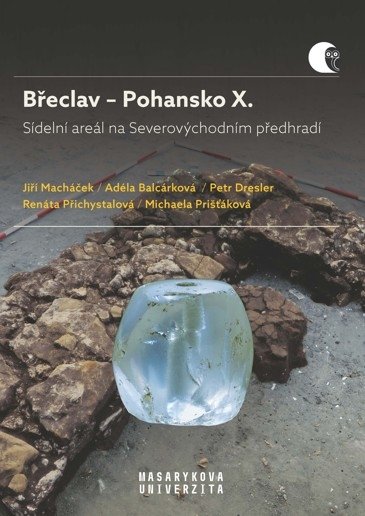 This book is the result of many years continual research of the archaeologists from Department of Archaeology and Museology FA MU in the area of the Northeast Suburb at Pohansko near Břeclav. Publication is aimed at archaeology professionals or students and describes in some detail the settlement structure of the suburb, the inventory of finds and the first interpretations of the archaeological sources gathered by excavations carried out in the 2008–2016 period. The monograph contains chapters in which immovable and movable archaeological sources are analysed and interpreted. For instance, the authors were successful of the functional interpretation of the individual excavated settlement sectors based on the using the spatial distribution of pottery, kitchen waste and daub. One of the important results of the method employed is the relatively unambiguous identification of early medieval above-ground buildings which could not have been revealed under different conditions.  There is an additional detailed text catalogue of the investigated field relics accompanied by an extensive supplement with images and plans.