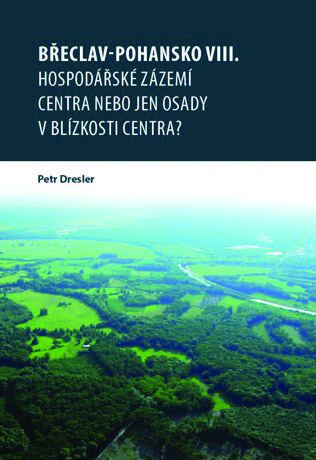 Title in English: Břeclav-Pohansko VIII.. The Economic Hinterland of a Centre, or Merely Settlements in a Centre’s Vicinity?

The departure point of the study is the project “The Economic Hinterland of a Centre, or Mere Settlements in the Vicinity of a Centre’s Hinterland?” supported by the Grant Agency of the CR that explored the immediate surroundings and hinterland of the Great Moravian fortified centre of Pohansko, near Břeclav. The settlement structure in the vicinity of a densely populated centre and its development from the Early Hillfort period until the Late Hillfort period (8th – 12th centuries) were investigated by means of surface prospection, microprobes and archaeological research. Apart from defining the settlement structure, the number of inhabitants of the early medieval centre was estimated and the subsistence strategy of the population was examined. Earlier conceptions about a network of farming communities supplying the inhabitants of Great Moravian Pohansko were revised and a new model was introduced, based on the absence of chronologically parallel settlement (if this is at all possible to identify in the archaeological material), the revision of the construction elements of the traditional model and new or hitherto marginalized evidence of the active involvement of the centre’s inhabitants in farming.