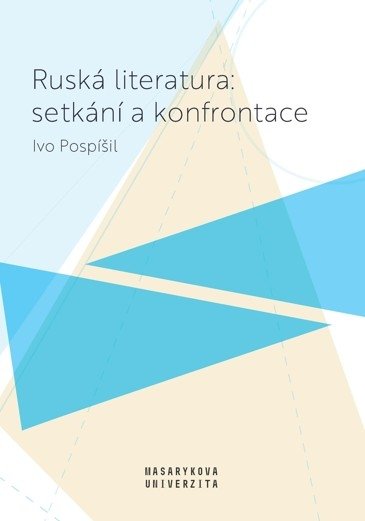 The present monograph represents a net of texts moving from the conception of Russian literature in the works of the two founders of Slavonic studies, at least Slavonic literary history, through Karamzin’s construction of new Russian literature towards the participation of „foreigners“ in the formation of Russian classical and modern literature concerning both the leaders of Russian classical literature, such as Alexander Griboyedov, Fyodor Dostoevsky, Maxim Gorky or a long time omitted Nikolay Leskov and the Czech views of more recent literature of the secondhalf of the 20th century (Valentin Rasputin, Evgeny Vodolazkin) or of the participation of the Russians or, more generally speaking, Eastern Slavs in interwar Czechoslovakia (Alfred Bem, Valery Vilinsky, son of a contractual professor of Masaryk University Sergey Vilinsky) and the opinion of the time not quite precisely called “the period of stagnation” (in Russian “period zastoay”), as even at that time there appeared interesting discussions with axiological shifts of emphasis which have often had a crucial influence upon the further Russian development. And then some specific features of Czech Russian literary studies (A Small Reflection…, Jaroslav Burian) including Wollman’s polemic with the Poles on Pan-Slavism which in the Czech environment has often been connected – and incorrectly – only with Jan Kollár. And later the problem of terminology applied just to Russian literature and a treatise on the universality of Russian literature and also of Russian literary scholarship in connection with their Czech reception in the 19th–21st centuries including various controversies which stand at the end of the volume. If today the Czech-Russian relations are again getting to the centre of attention – and there are, most of all, the hot, topical issue of a political character which have not been sufficiently revealed and recognized – it should be a modest invitation for Czech Russian studies to the deep research of the so-called Russian phenomenon in general comparative contexts and other intersections based on genre, thematic, ideological, sociological, anthropological and philosophical studies, i. e. in the framewok of area concepts. And it should also lead to the cognition of the past which might be used for new views of the present and which should have a character more permanent than the impressional and emotively tuned digressions. Let us take this volume as an attempt at a small contribution to such a view and understanding.